Maldhari – Over 125 Years of Tribal Settlement at Sasan Gir

Sasan Gir, Maldharis, a tribal community residing in Gujarat, is marked by various news and article sites as the long-established dairymen. The latter used to supply milk and cheese for the rajas to the palaces in that region. They were nomads by origin, while ‘Maldhari’ is the occupational term they happened to be known as, after they took up the residence in Junagadh, especially inside the Gir National Park. The name ‘Maldhari’ was derived from the Gujarati words Maal (cattle) and Dhari (keeper).

Currently, there are 24 Maldhari nesses in the eastern part of the Gir forest, whereas 30 nesses are situated in the western part of the wildlife sanctuary. Approximately four-thousand people from the tribe are residing in the nesses, with around nineteen-thousand cattle.

The lifestyle of this community is very simple. They reside deep inside the jungle, in tiny mud-houses, with no electricity, schools, running water, or any proper healthcare organization. Producing milk from cattle is a source of their earning, besides collecting wild honey and growing vegetables. The primary source for their cash earning is the sale of pure and high-quality milk, ghee, butter, cheese, vegetables, wools, animals in the market, along with eye-catching handicrafts. They sell their handcrafted wall-hangings and other decorative items to the tourists visiting the Sasan Gir Wildlife Sanctuary, setting up temporary shops at the entryways to the forest.

They have developed a buffalo-breed referred to as “Banni Buffalo,” which is famous in every corner of the nation due to its strong resilience and high productivity. In 2010, this breed of buffaloes was registered as the 11th buffalo breed of the country. To everyone’s amazement, Maldhrais, on their own, went through the entire registration process, despite their illiteracy.

Though they live deep inside the Sasan Gir Forest and poverty is their forever companion, they carry on some traditional ornamentation that disguises their wealth’s insufficiency. The men in this tribe put on buttons and gold hoops in their ears. The hands they perform their milking with are always adorned with silver rings signifying Shiva-lingam. Thus, they replace the necessity of making oblations to temples, as the milk dribbling over the ring is believed as an offering to Lord Mahadev.

On the other hand, the women from this tribe get their ears stretched and folded with large hanging silver jewelry. They put on bracelets on their wrists, which are shaped like hour-glasses, carved from elephant tusks. Many of them go for plastic replicas for everyday usage. They also own precious ivory jewelry, which they store inside cans filled with vegetable oil. This technique reduces the fragility of the ornaments and makes them easier to slip-on. They wear these ornaments in their traditional tribal festivals to present an impression of wealth and a status symbol because they believe their family-honor depends upon this status symbol.

The Deaths of the Asiatic Lions, A Threat to the Ecological Systems

For wildlife lovers, a forest is not a place; it is a home providing shelter to many individual wild lives, 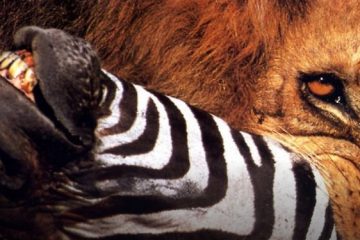 A Travel into the Wilderness of Gir: To Sort of Pounce Out of the Jungle