Do you think individual names are only for pet animals? My friend, you’re mistaken. You must make a Gir Forest online booking to know the truth. Forest officials in Gir, including the beat guards and the trackers, follow a tradition from years, which is calling the royal beasts with fascinatingly apt names, based on their behavior in the natural habitat or their physical appearance.

Gabbar Singh, an adult male lion, is named after this immensely popular villain of an epic Bollywood movie. Can you guess why the infamous lion is named after a villain? That is because he gets into a fight now and then with other lions in separate territories of the Gir forest map. Gabbar had killed two cubs because he didn’t appreciate their presence when he had been craving to spend some intimate time with their mother. The villain has turned into a nomadic after another male lion kicked him out of their territory to ensure their safety.

In the Dhari range of the Gir National Park, an old lion is referred to as Bhagat (priest) as it has neither tried to capture any territory nor has hurt anyone ever. Another lion has been named as Mullah due to its priest-like behavior. Mullah lives around the tourism zone.

Some of the big cats have been given weird names because of their different physical conditions. There is a famous lioness roaming around the tourism zone called Bandi, as she lost her tail. Another lioness, moving with a limp, is called Langado.

Many more catchy names have been given to refer to the royal cats of the Gir Wildlife Sanctuary. Let’s get a little more amused.

Some Famous Lions with Unique Names in Gir Forest

They are two cute and beauteous female cubs who are frequently seen moving around the Dhari and Savarkundla villages. Gulab attracts a considerable number of tourists enjoying Sasan Gir Safari. 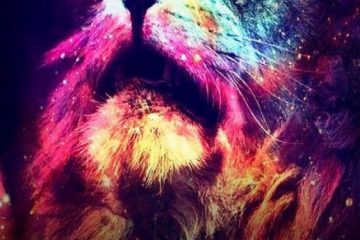 Adventurous Trek To Girnar Hill: The Allure for the Mountain

The Gir Forest is known as the sole home of the endangered Asiatic lion. One can experience the sights of lions

Today, we’re here to list down a few temples that you should visit to calm your mind during your

Situated in Gujarat's Junagadh district, the Sasan Gir National Park is one of the most admired tourist spots in India.