Gir National Park is the sole home for the last refuge of Asiatic Lions. With the increase in the population of these lions, which was recorded to be 160, at a recent survey, wildlife lovers are celebrating their love for the animals in the rural parts of the globe. Tourists from many parts of the country come here to see them with their bare eyes.

The wild felines are scattered in the jungle prowling in their natural habitats. The female animals give birth to their little one at this time; many wildlife lovers and photographs frantically seize the pictures of the mother and their babies in their camera as a token of remembrance.

Recently, a news channel came in every news channel that the forest department has traced 150 lions outside the Gir Forest protected Zone. They are now trying to rectify the area where these animals are comfortable living. They are also planning to make 150 artificial water bodies to relieve the scorching sun of the summer season. They can quench their thirst from these water pints and also take baths in the early morning.

There are almost 400 water bodies in the entire area of Gir National Park, and now 150 more have been added to it. The growing population of the last descendants of these big cats must live peacefully with all sorts of beneficiaries provided by the state government to make their existence alive in the coming future as well.

Summer days are pretty torturing for the residents of Sasan Gir and the animals too. The sun rays are unbearable, and many animals also die due to thirst or by the pinching sun rays of these semi-arid regions. The forest department has shifted its focus on these areas, where the lions are seen strolling to extend their territory.

The lions decide their territory on prey abundance and access to water and denning sites. The roaring sound displays their territorial boundary, which can be heard 5 km away. Enormous pride can extend their territorial sites by collecting more food for the pride members and can increase their size through reproductive success.

Such traditional actions help increase the population of the Asiatic Lions in Gir National Park. Many NGOs are trying to make these searches for food more effortless for them to live here for decades. Thus, now you can see more lions in the Gir region, but you have to obtain tickets from Gir Online Booking for tickets before that. 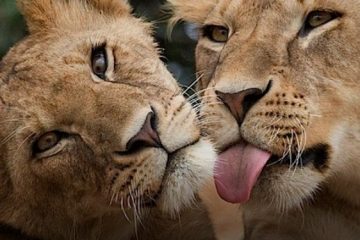 Animals Are Cautious; Stay Away From The Bad People At Gir Forest

Gir National Park bestows the habitat to make the Asiatic Lion survive on its vivid landscape. 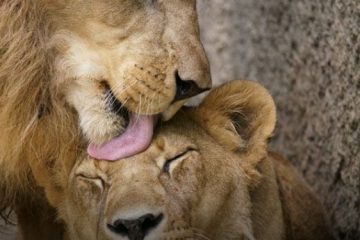