A Royal walk of Royal beasts in the Streets of Junagadh, Gujarat

Gir National Park is the last abode for pure Asiatic Lions, situated about 65 kilometers Southeast of Junagadh district in the Indian state of Gujarat. The park covered 1412 square kilometers and was dedicated entirely to conserving the Asiatic Lions, the most endangered species worldwide. Due to the richness of biodiversity, Gir evolves a stable ecosystem consisting of 606 different plants, 2000 species of insects, 36 species of mammals, and over 300 species. It has also been said that the Asiatic lions would not be there; Gir could be a place of a bird sanctuary.

Lion lovers often get attracted to get a sight of The King of Jungle in their natural habitat, which provokes many tourists across the globe to visit Gir once in their lifetime. Gir forest has geology comprised of isolated slopes, levels, and valleys. According to the 2015 evaluation, the whole Saurashtra locale is possessed by 523 lions and in excess of 300 panthers.

Many haunting lions are there, prowling in the nearby villages and making the innocent villagers and their cattle their prey. Video went viral and was widely shared on social media about a pride of eight lions and her three cubs spotted roaming around the streets near Girnar Wildlife Sanctuary. They often come out of the forest in search of food and shelter. However, it has become a natural phenomenon for the villagers who have to face the lions almost every night.

You can likewise go for a Gir jungle safari booking to encounter the method of the endurance of the wildlife territory in the dark green wilderness.

It was lightly raining in the night when a pride of lions came out of the forest searching for food and found strolling in the streets of Junagadh. They suddenly spotted a man grazing his cattle in the road; they slowly attacked the man and tried to kill him. But fortunately, his fate saved him, when the local people screamed out seeing the incident, the man was taken to the local hospital immediately.

Another thrilling incident occurred between March and June a couple of years back when six lions were seen roaming in the roads of Gujarat’s adjoining districts. The muscles rippled when they walked, roaring in search of prey. They found three men in the field of villages and attacked them. The men were fighting to save themselves, but it was too tough to get rescued from those aggressive lions. They were killed and dragged into the deep jungle.

To visit the place and to see them wiped out species catching them with your exposed eyes, go for a Gir safari booking to encounter the wild under the lap of nature. 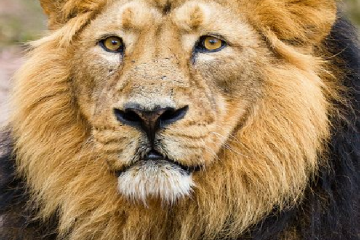 From Diu to Gir: A Trip to Remember

Every year, a galore of travelers comes to India to taste the geographical diversity the country possesses. 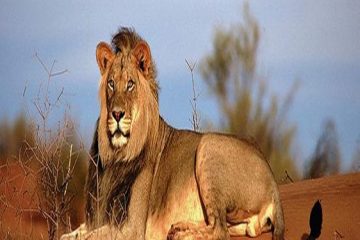 Sasan Gir is the only region to see the most enthralling wildebeest of nature- The Asiatic Lions. 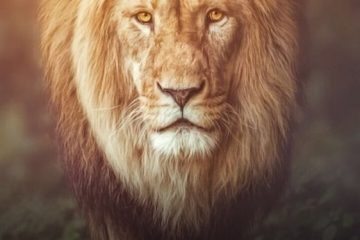 An Entire Chronicle of Topography and Map of Sasan Gir

Besides Africa, Gir National Park is the only home of the Asiatic lions in India. On 18th September 1965